Do You Look for Zagreb Development Team?

Dedicated teams already became a part of implementing almost every project in IT sphere. Managers often face the problem of searching and hiring specialists of high class and finding the best dedicated developer, especially with the knowledge of rare technologies like Cisco, Elixir and Flex developers. It is not a secret that it is very difficult to build a team that corresponds to all the requirements of the project, but there is an alternative solution. Apply to Mobilunity IT staffing company and receive a ready-made dedicated team of developers with all the advantages listed hereinafter.

Benefits of Cooperation with Mobilunity

Now you know all the advantages of working with Mobilunity. Before deciding to hire developers in Croatia, take into account the following statistics that will help you to choose the right solution. 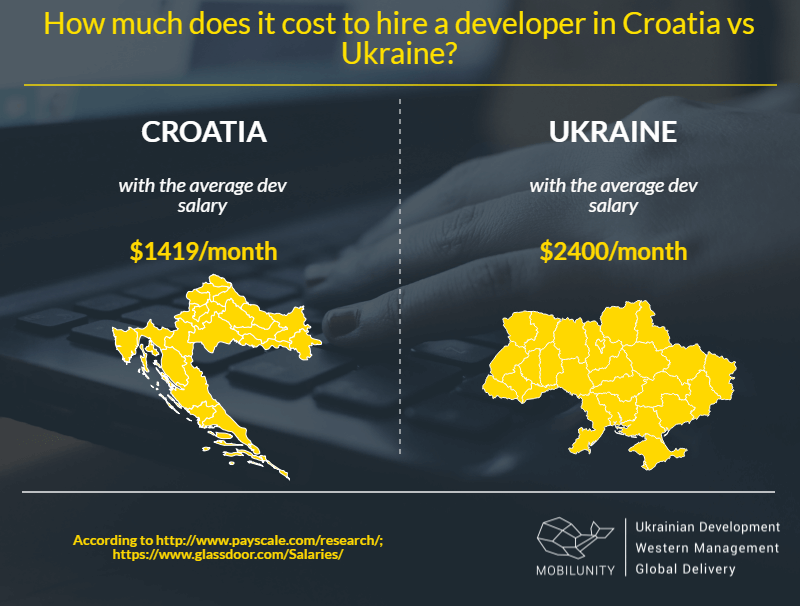 Hire Developers in Croatia: Their Expenses

It will be interesting to discover the expenses for hiring Croatia dedicated team. The most demanded developers should use such technologies as PHP, .Net, Java, Angular, Laravel, Magento, and others. These specialists are needed in such cities as Zagreb, Split, Rijeka, and Osijek. Here are the indicators of salaries of Zagreb developers for hire according to his skills (this information is also duplicated on the picture): 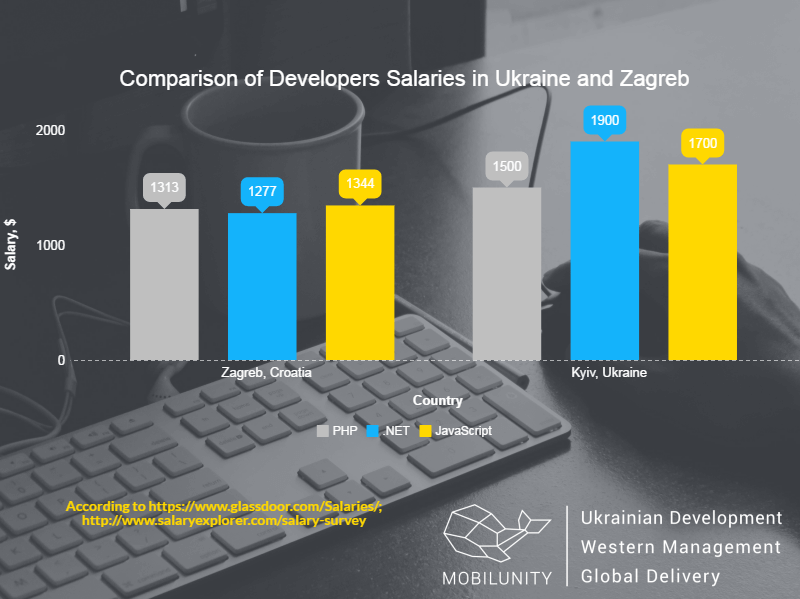 Average net salaries of developers in Zagreb and Kyiv

It is also interesting to compare how much does it cost to hire developers in Zagreb with the prices in Kyiv, Ukraine:

It can be concluded that it will cost approximately $1419 to hire developers in Croatia. This indicator reaches $2400 in Kyiv, Ukraine. It is possible to notice that hiring Zagreb development team is twice cheaper than cooperation with the same developers in Kyiv, but don’t forget that these indicators are just monthly salaries. You can also find and hire C++ developers in Kyiv, as well as ASP.NET professionals for the competitive rates.

Hiring dedicated developers in Ukraine is a great alternative to hiring Croatia developers because they offer highly skilled developers to full-time or part-time project and will be able to maneuver the price and the term of its implementing.

Get in touch with us now if you hesitate to hire developers in Croatia!

How to Differ Virtual Reality and Augmented Reality Developer?