Audio signal processing is the practice of electronically manipulating audio signals. It is worth noting that there are two types of audio signals: analog, characterized by electronic signals that vary with changing voltage or current, and digital, characterized by the representation of sound as a sequence of binary numbers that may be interpreted by computers. As such, audio signal processing also resides into two domains: analog and digital. Let’s take a deeper dive into each of these domains.

Analog signals were the first forms of audio representations that enabled audio signal manipulation. Analog signals mathematically represent sound as a continuous function which corresponds to the continuous flow or stream of data. This stream of data manifests as voltage or current functions along an electrical circuit as audio processing hardware medium. Varying the said voltage or current physically is therefore at the heart of analog audio signal processing hardware technology.

In this article, we focus on digital audio signal processing.

An audio processing developer in the digital audio signal domain is concerned with analyzing, processing, and manipulating digital audio signals for a variety of applications, including audio broadcasting and audio streaming, noise reduction, audio synthesis, and various audio effects such as equalization, echo manipulation, modulation, and band filtering. 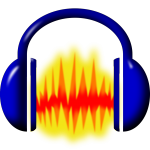 Arguably one of the most well-known audio processing application is Audacity. Initially released in 2000, it is a free, open-source audio processing software that allows an audio processing programmer to easily manipulate audio tracks with a simple and user-friendly interface. Although Audacity is primarily a user-interface based application, it allows for an advanced developer for audio processing to use scripts through an Audacity plug-in. Several programming languages may be used for scripting, such as Python and Perl. 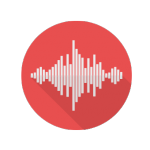 Audio system toolbox is a package that provides a rich set of audio processing software features for MATLAB and Simulink, allowing developers to design, simulate, and create prototypes of audio processing systems. It includes a wide range of algorithms for functions such as filtering, dynamic range control, reverberation, and equalization. In addition to MATLAB and Simulink, it allows the code generation of its various algorithms to C or C++ for desktop prototyping or simulation acceleration.

LibROSA is a powerful Python library for audio analysis and signal processing. Among its main features are basic input/output, audio display and visualization, spectrogram generation and decomposition, audio feature extraction, temporal segmentation, and sequential modeling. Moreover, it includes advanced features such as filter bank construction, format-specific reading, audio cache configuration, and block-wise reading of audio files. It’s also free and open-source, and is among the most popular audio processing libraries for Python.

Beads is another free, open-source Java software library for real-time audio processing, music analysis and sound synthesis. What’s good about Beads is that it readily integrates with Eclipse, which is the most popular integrated development environment for Java. Aside from its standard set of audio processing capabilities, it boasts some advantages over other libraries, such as efficiency and concurrency. 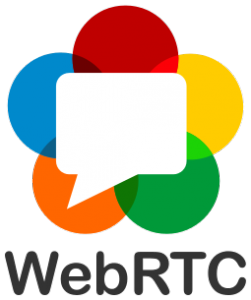 Web Real-time Communication (WebRTC) is another free and open-source technology that allows browsers to facilitate real-time video and audio communication among users. WebRTC audio processing makes use of peer-to-peer technology, thereby eliminating the need for any central server or native applications. In the context of audio signal processing, WebRTC audio processing is one of the most common ways to enable real-time audio communication between any two users through web browsers across various devices.

Industries that Use Audio Processing Technology

Here are some of the leading industries that use audio processing technology.

Audio streaming is on a steady rise, with services such as Spotify, iTunes, Google Play Music, and Amazon Music in proliferation. Audio signal processing is important for such industries to achieve the right balance of quality and bandwidth conservation.

Online audio call services such as Skype, Viber, and Facebook Messenger allow internet users to communicate with each other in real-time just as though they were on the phone. Audio signal processing allows the real-time transmission of sounds with minimal loss of information.

Speech recognition is one of the most active fields of research in artificial intelligence, and it makes heavy use of digital audio signal processing. This allows developers to extract features from audio signals, or else convert them to other formats such as images that may be usable in various machine learning algorithms.

Sound effect creation or generation is another interesting field where digital audio signal processing is applied. Here, different sound recordings are combined with other sound recording, or else the original sound recording is manipulated to produce some effect.

Audio signal processing is also of critical importance in sound correction and restoration. Sound files, especially those digitized from cassette tapes or other classical media, are likely to get messed up by noise and physical scratches that cause data loss. By correctly processing the audio signals, much of the noise can get removed and the original audio can get restored to near pristine conditions.

With huge volumes of data being transmitted across cyberspace by the second, it becomes increasingly crucial to develop better ways of compressing files that are being sent. In the context of audio streaming where mobile data often translates to per-megabyte charges, audio signal processing plays an important role in compressing audio file sizes without compromising the audio quality.

Ultrasound imaging involves the recording of sound and the analysis of the resulting perceived sound waves to reconstruct the spatial structure of the physical structures off of which the sound bounces. This makes good use of audio signal processing to analyze the shape and location of the structure that may not be visible to the eyes.

Various audio enhancement procedures such as equalization, pitch shifting, and dynamic range control make good use of audio signal processing. In such procedures, special operations are performed on the mathematical function that represents the sound signal to achieve the enhancement effect.

Combined with current developments in the field of big data and artificial intelligence, digital audio signal processing is all set to reach new heights. Audio signals may now be used for machine learning and deep learning, and can enable a whole new world of possibilities. As such, we can expect audio signal processing to be at the core of many AI projects in the coming years.

Here are some interesting projects concerning digital audio signal processing that might be worth looking at.

A recent breakthrough in audio signal processing is heart sound segmentation, where developments in deep learning were used to automatically divide heart sound recordings into segments corresponding to the “lub” and “dub” sounds based on the audio signal. After segmentation, machine learning is further utilized to diagnose possible heart diseases. The result is remarkable, and the resulting model is said to outperform even seasoned doctors.

Beat tracking is another interesting application of audio signal processing. Here, the “beat” of the music is automatically identified and mapped, and this becomes useful in conjunction with applications such as synchronizing the music beat with video events. Audio signal processing is of critical importance here because the signal gives strong indicators for which points signify beats.

After seeing the various opportunities for digital audio signal processing, the next consideration you might have would be the salary. For this purpose, it’s logical to perform a salary comparison for audio signal developers across different countries to see where it would be most economical to hire from. For this comparison, we use PayScale, which gives the self-reported average annual salaries across different occupations.

We have entered the golden age of digitization, where nearly everything can be processed and transmitted in electronic form. In particular, audio signal processing is in high demand because digital sound and music consumption and production are flourishing. We have seen the details of digital audio processing technology, some tools that developers should know, some interesting projects that use the technology, and the most practical place to hire developers from. Now, it’s a good time to hire!

If you’re looking for a great developer for audio processing, you’re in luck! Here at Mobilunity, we house excellent dedicated audio processing programmer teams perfect for your project. We house Europe’s most highly skilled developers for the most reasonable rates! When you hire from us, you’re placing your project in the right hands.

Reach out to us and let’s get you the perfect audio signal processing developers for your next project.

Python Developer Resume: How to Choose a Coder For Your Project

How to Choose Your Bespoke Software Development Company