Home /  Blog / We Do /  What Do You Know About a Fitbit® Developer? And What Do You Really Need to Know

What Do You Know About a Fitbit® Developer? And What Do You Really Need to Know

A brand that has been making astounding results over the past century, Fitbit® has become a renowned brand in the world. Did you know? Fitbit® was launched in the same year as Dropbox, and Dropbox developer used the same OAuth Technology as Fitbit® for recognition and security purposes.

Fitbit® is a product owned by Fitbit®, Inc. that is able to record users’ daily activities such as calories intake and burned, weight, steps, and distance walked. These activities can then be synced to users’ smart devices via Bluetooth. There are around 25.37 million active Fitbit® users in 2017, and Fitbit® claims the top 3 most worn wearable technology globally.

An interesting fact about the wearable technology Fitbit® is that it was inspired by Nintendo Wii’s concept in transforming personal fitness into a fun-filled activity through motion sensors. The founders of Fitbit® wanted to do more than that, they wanted the activity to be brought out to the outside world. Hence, the founding of Fitbit® in 2007.

Fitbit® Developers, Who Are They?

Fitbit® developers are the ones who can develop, build, and customize your apps for your Fitbit® wearable technology. They are equipped with the necessary programming skills and foundation in order to work with various Software Developer’s Kit (SDK) and Application Programming Interface (API) for their projects. Using Fitbit’s SDK® and API, Fitbit® developers can build you your custom apps in the way you want and integrate it into other projects if needed.

Types of Fitbit® Developer and Projects

Before the Ionic smartwatch was launched, the Fitbit Blaze® tracker was the only Fitbit® product that everyone talked about. Although, Fitbit Blaze® development wasn’t possible as there weren’t any development mode available for developers to access. Hence, when the Ionic smartwatch with their SDK and API was released, there came a high influx of Fitbit Ionic™ developers. A Fitbit Ionic™ developer is capable of building various apps and integrating existing data into third-party apps.

Fitbit® developers are usually well-known in two areas of Fitbit® app development – clock face and applications. Do note that users can only have ONE clock face installed, but are able to have multiple apps.

The iconic appearance that anyone would take a second look at, the clock face. The clock face refers to the time shown on the Fitbit® watches. There are countless of clock faces available for users to download due to the open source API and the community. Clock faces have designs ranging from digital and analog clocks to game-based theme clocks. You can inform a Fitbit® developer about your design requirement and they are able to turn your concept into a reality!

With the open source API from Fitbit®, it has become apparent that Fitbit® developers are able to build and customize apps for users. With the availability of the app gallery, more custom applications are being developed as we speak. Here are a few popular apps that are ingeniously developed by Fitbit® developers:

Take note that these apps are developed by Fitbit® developers that aren’t working in Fitbit®. They are independent or working for a company.

Can Anyone Become a Fitbit® Developer?

The answer is actually a stunning yes, anyone can sign up to be a smartwatch developer Fitbit®. However, a sturdy knowledge of JavaScript, CSS, and SVG is definitely preferred to get a headstart. A Fitbit® developer is required to use these skills to customize and bring new features to the smartwatch as well as working with SDK and API.

The appealing factor about Fitbit® developer API is that its apps are using the same Web API that is available for third-party developers. Meaning, anyone can develop and customize the application using their open source API to access and modify their own data. An important factor to take note is that any modification process should comply with Fitbit’s® Terms of Service. Fitbit® programmer should register their applications using the respective OAuth 2.0 type.

How to Find a Fitbit® Developer

What you can do is to ask a few simple questions before carrying on with the hiring of the freelancer. A basic developer will be required to have knowledge of architecture and platform-specific terminology of Fitbit® before they can start developing anything. Recall how I mentioned skills such as JavaScript, CSS, and SVG? That’s when these skills come into play in the development stage. You may question them about their skills and knowledge and if they fit the criteria, you’re most likely good to go

Fitbit® may be one of the top 3 contenders for wearable technology in the world, how about the other prominent brands? 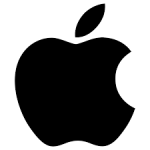 Apple has climbed a long way and has been crowned the top ranking for wearable technology (according to IDC) after competing tightly with Fitbit® and Xiaomi over the years. The Apple Series 3 Watches has finally caught the attention of the market with its’ cellular connectivity function.

With its feature-rich Xiaomi MiBand2 that has a 20 days battery lifespan, the MiBand2 also boasts the lowest average selling price compared to any other brands. Xiaomi overtook Fitbit® in this Q1 2018 in the market shares, ending up in the second place.

A close competitor of Fitbit® on the fitness tracker product line, Garmin is growing rapidly with their Vivo products. On top on that, they offer their very own version Apple Pay – the Garmin Pay.

The arch nemesis of Apple, Samsung, and Apple has been reported often clashing their products specs with one another. The Samsung Galaxy Watch is equipped with 4G connectivity along with the basic food and sleep tracking function.

From a tiny team to a family of over 200, Mobilunity is your dedicated development team provider. Operating internationally, Mobilunity offers 24/7 support for all their clients and has received countless positive feedbacks from their clients. Mobilunity has also recently won the world’s premier business awards – the Gold Stevie® Winner in nomination “Company of the Year – Diversified Services – Medium-size” in 2018.

Mobilunity works endlessly to bring their clients’ vision into reality. Our team is consists of qualified and seasoned developers with Fitbit® development skills to build your dream app. We are ready to find a Fitbit® developer for your project and provide you with a programmer within 4 weeks.

Find out what are the responsibilities of Qt developers in our next blog.

Disclaimer: Fitbit® and Fitbit Blaze™ are registered trademarks of Fitbit®, Inc. and/or its affiliates in the United States and other countries.

Having troubles finding a suitable Fitbit® developer? Speak with us, we provide intensive Fitbit® research and development for our clients before we even start developing their apps!

BuddyPress Developers. Who Are These People And What Do They Do?

What ERP Developers Should Know With Odoo Release 9, 10, 11