A consistent demand to hire Java developers online prevailed in the marketplace for many past years. According to the EOLAS recruiting firm, it has been facing some kind of shortage of Java enterprise edition developers for a few years now.

Java 2 Enterprise Edition precisely J2EE is a software development platform based on a set of numerous standard specifications for web services as well as for distributed computing programming. The applications developed on this platform run on the runtime to handle security, transactions, component management, and scalability. This is an enhanced version of the Java Standard Edition platform commonly referred to  J2SE.

The popularity of J2EE Developers’ Platform

According to Google Trends based on searches recorded in 2016, the J2EE lags as compared to Java EE and the Spring Framework throughout the years. Similarly, the J2EE trends were far behind the Java software platform due to an exponential increase in the Node.js demand. Many experts in the industry believe that the popularity and the demand to hire Java developers will decrease slowly and consistently. 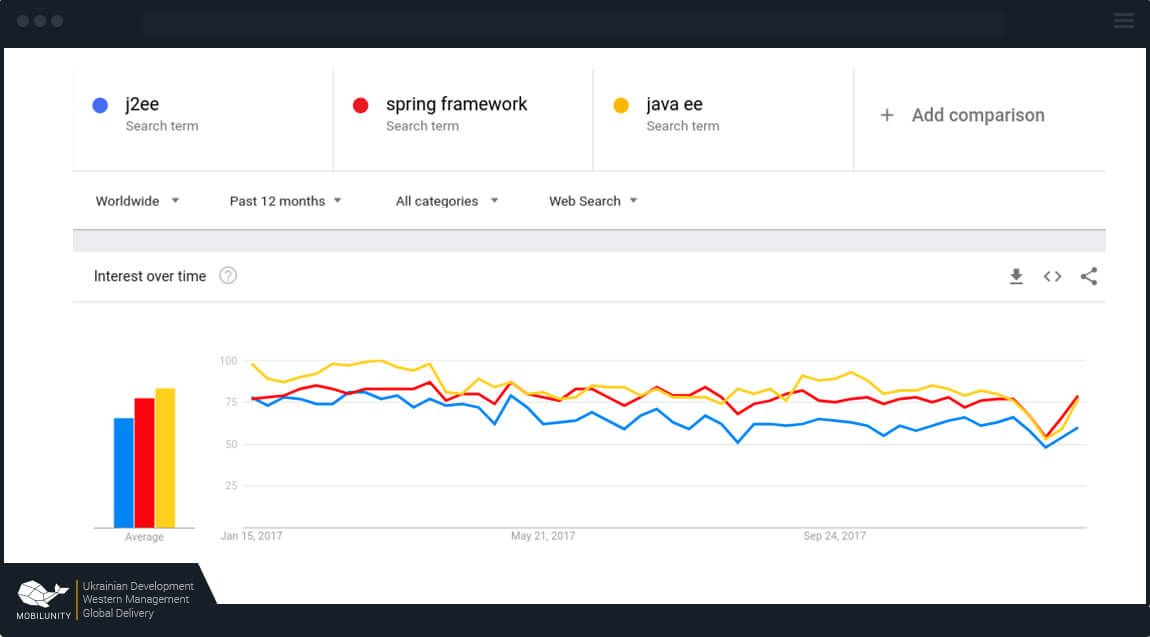 Interest in J2EE based on Google Trends

Similarly, the trend of Java J2EE developers demands in the UK market decreased by over 81 jobs, as per IT JOBS WATCH statistics during the last six months of 2016. Despite the decrease in the demand, there was a little increase of about 5% in the average of Java developer salary. The further statistics suggest that there is a little increase in the demand of J2EE web development engineers with graduate or higher degrees and field experience in application J2EE programs.

Java 2 Enterprise Edition is one of the powerful and highly rich featured web development platforms commonly used in different kinds of web services and applications across the globe. Although, there are many other good web development platforms like .Net and others, which are giving a tough competition to this platform in the marketplace. The J2EE architecture consists of multiple technologies and specifications to build professional grade web based applications.

According to an interview of chief technology officer published in Tech Target technical portal, both the J2EE and .Net platforms are very capable of creating mission critical web based services. There are many powerful features and tools in Java 2 enterprise edition platform that are very suitable for developing web services. Among such tools, the IBM’s Web Sphere Studio Application Developer 4 is one of the important tools to create great web services.

The main advantages of the Java 2 enterprise edition are listed below: 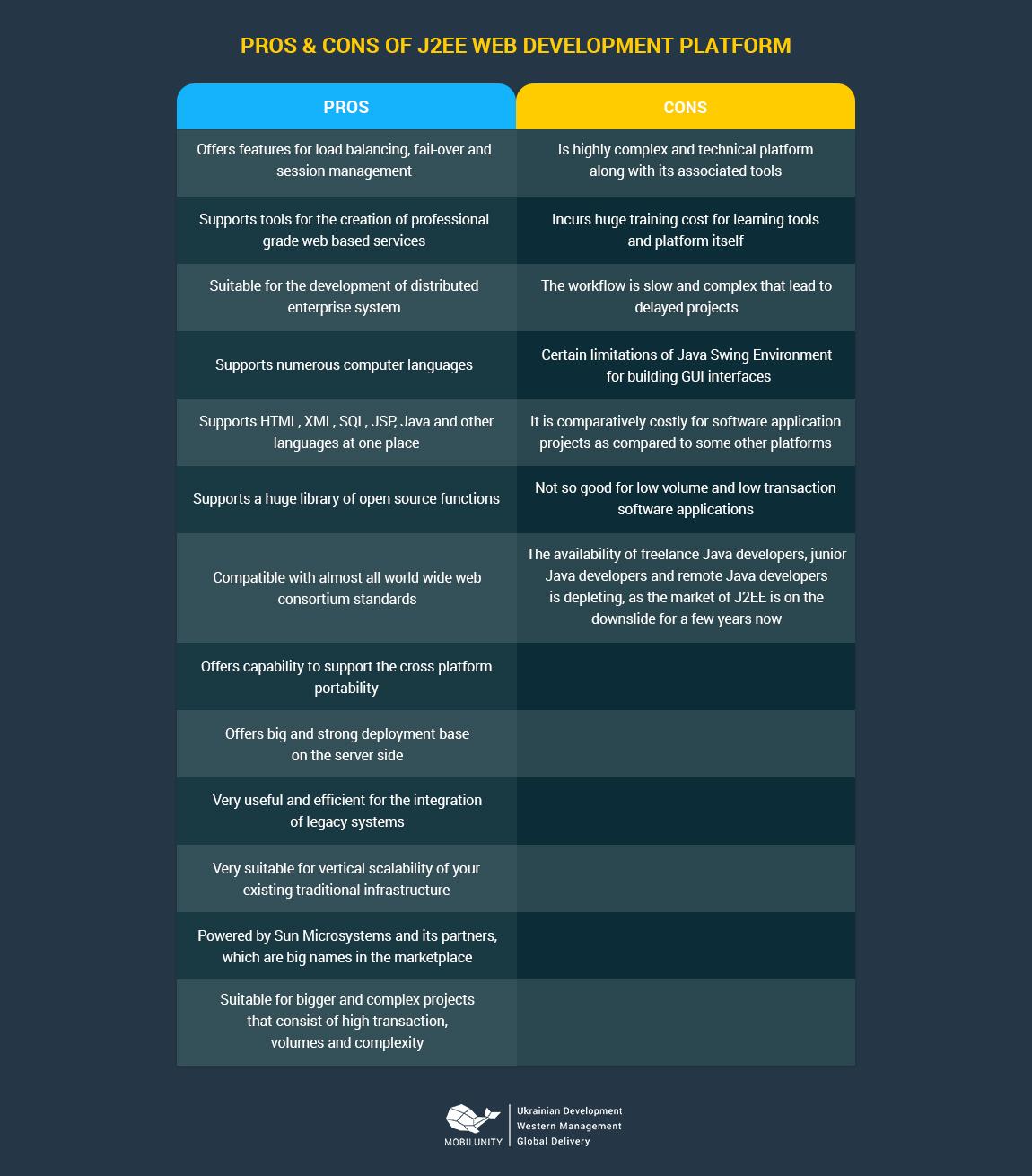 The major disadvantages of Java 2 enterprise edition platform include:

The demand of Java/J2EE coders is still in good conditions, though it is declining a little in year-on-year comparison, according to IT JOBS WATCH analysis. Meanwhile, a consolidated job market analysis for the Java/J2EE developers appeared in JAXCENTER magazine, which provides a deeper perspective on the availability and demand of the Java J2EE developers. According to this report, Switzerland, Norway, USA, UK, Denmark, India, Germany, Canada, and Sweden are among the top 12 countries where the demand of Java developers is still high. Java/J2EE, Spring, Hibernate and struts are among the top demanded skills in the marketplace. At the time of writing this article, there were more than 3900 Java J2EE developer jobs on Indeed.com only.

The salary comparison of Java developers across the top 5 countries is given below based on the information on the PayScale website.

The samples of three levels – entry, middle, senior – resumes of J2EE developers are given below:

There are three main ways to hire a Java programmer J2EE online or outsource Java development resources through a third party contract.

Web development has become so professional and industry-specific that no amateur developer can accomplish the task professionally. So, to survive in this cut-throat competitive environment, you need to hire professional Java programmers to provide you with the best quality web services. You can hire the high quality Ukrainian dedicated Java developers at Mobilunity for very affordable prices.

Everything You Would Need to Know Before Hiring Game Developer

Why Your Business Needs an Extended Development Team?

What Is the Average Cost of App Development?