With the web connecting more and more people across the globe, JavaScript has become a ubiquitous scripting language among programmers. JavaScript frameworks, which allow for even quicker and more convenient JavaScript development, have consequently seen a rapid rise in popularity, and support for such frameworks remains strong. In 2016, JavaScript’s platform was widened even further with the release of Electron, a tool enabling JavaScript to be used to create desktop applications.

We take a look at 10 of the most popular JavaScript frameworks which are used among development community during many years.

With features such as automatic two-way data binding, script-free form validations, and use of directives to create reusable components, AngularJS greatly reduces development time. Among the prominent companies whose websites are built with AngularJS are PayPal, Upwork and Udemy. With Google’s recent release of Angular 2, a re-written version of Angular, interest for the framework continues to rise.

Although more of a library than a framework, React is a fierce competitor of Angular. With its development and maintenance led by Facebook and Instagram, it has received 70,043 stars on Github as of writing, the most among all frontend JavaScript frameworks.

React is mainly used for fast and simple creation of dynamic user interfaces using a component-based architecture. It also offers the advantage of compatibility with other frameworks and libraries. PayPal, GoDaddy and Glassdoor all use React in their websites.

Ember.js is another framework for building interactive user interfaces. Among its main features are its use of routers to preserve page states in URLs and its use of Handlebars syntax for HTML templating. Like Angular, Ember also uses two-way data binding to synchronize UI elements with data changes. Ember.js is used in the websites of Yahoo!, LinkedIn, and Netflix.

Unlike the previous frameworks, Meteor is a full stack JavaScript framework, meaning it can be used in both frontend and backend development. Moreover, it is cross-platform, so it can be used to develop web, desktop, and mobile applications. This offers Meteor developers the convenience of being able to use a single language throughout the entire application. Amazon, Apple and Starbucks all used Meteor.js to build their websites.

Backbone.js is a very simple and lightweight framework, so it is fairly easy to learn and can lead to quick loading times. Although it offers most of the common functionalities offered by other frameworks, it leaves out some notable features such as data binding, for which it requires additional plug-ins. It is therefore more suitable as an accessory framework to be used in conjunction with other frameworks. It’s used in the websites of Reddit, Disney and Walmart. 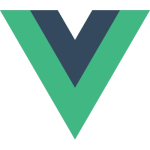 Vue.js is a newcomer to JavaScript frameworks, having only been released in 2014, but has since grown rapidly in popularity. As of writing, it has garnered 58,512 stars on Github, the second highest among all frontend JavaScript frameworks next to React. Like Backbone, it is lightweight and minimalistic, but is different in that it offers two-way data binding like Angular. It is also readily compatible for use with other frameworks. McDonald’s, NBC Sports and Dunkin Donuts use Vue.js in their websites. 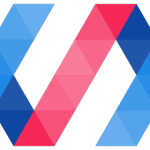 Released by Google in 2013 and classified as another JavaScript library, Polymer is in its own league in that it uses web component technologies to enable the creation of custom HTML elements. In addition, it supports both one-way and two-way binding, giving developers a lot of flexibility and control. The websites of CodePen, BattleField, and CrowdTap developed by Polymer developers.

Another newcomer to the JavaScript frameworks world, Aurelia is a collection of libraries that may be used individually or together. It offers developers a combination of neat features like two-way data binding, simplified unit testing, and an extensible HTML compiler which allows for dynamic user interface generation. Some examples of websites using Aurelia are Ticmate, InnoCare Software, and Faithlife Music.

Knockout is another lightweight and minimalistic JavaScript framework. Among its main features are its use of declarative data bindings that allow for automatic UI refreshing, its simplified mechanisms for tracking dependencies, and its nested HTML templating. Dell, Toys R Us, and Comcast use Knockout in their websites.

Yet another newcomer, Mithril.js is a very lightweight framework. With under a thousand lines of code and just 14 functions, Mithril boasts of very quick loading and rendering times. Due to its simplicity, it’s also easy to learn. Among its main features are customizable data binding and URL routing. Some examples of websites using Mithril are Iconfinder, BrandExtract, and FitFusion. 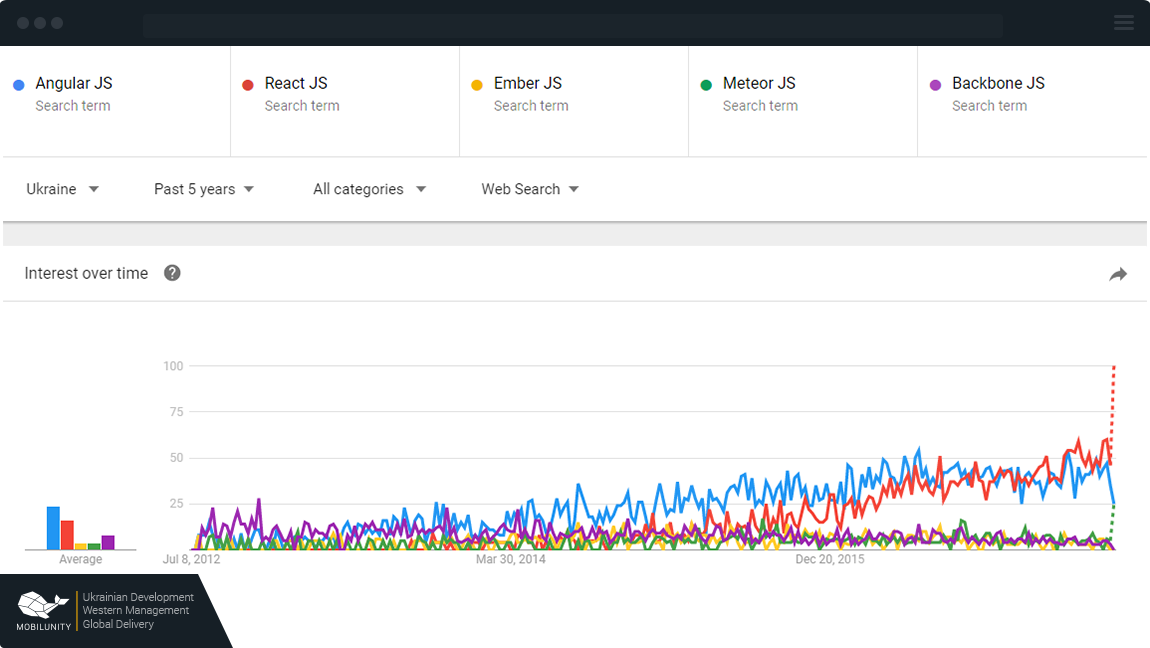 How Mobilunity Can Help

JavaScript powers the entire world wide web, and JavaScript frameworks aid in accelerating web development. So, this is obvious that JavaScript experts are in the high demand till the date. But, of course, the number of such programmers varies from country to country. And for one it can be extremely difficult to hire one than for another. Ukraine is a home to European best IT talents with the most economical rates, and hiring developers from Ukraine would empower companies to do more for less. And Mobilunity is a software development company that helps the enterprises and startups to find the best match of a developer for your project.

Get to know more about Mobilunity and our working model filling the contact form in!

The Ultimate Guide to the Development of iOS and iPhone Apps