Home /  Blog / IT Staffing /  Is It Affordable and Reasonable to Hire Developers in Estonia?

Is It Affordable and Reasonable to Hire Developers in Estonia?

What to Expect from an Estonia Developer for Hire

At the moment, the Estonian economy continues its development. IT industry is also not an exception. Its main trend is the development of software products for the state, the banking sector, and electronic commerce within the country. For example, Estonia was the first country who held parliamentary elections in electronic form, according to E-Estonia.com, and recently it introduced a system for the electronic receipt of residence permits. The technologies that are intended for this purpose are in the greatest demand in this country. In general, Estonian IT sector is represented by domestic companies, whose products are also oriented to the local market.

How Much Does It Cost To Hire Developers in Estonia?

We will answer the main question right now and then compare the salary indicators of an Estonia developer for hire with a Ukrainian one. An average developer salary in Estonia is $2,500 according to the PayScale. A software developer in Ukraine can earn near $2000 per month in accordance with the PayScale.

Prices for hiring dedicated development team in Estonia, and in Tallinn in particular, with skills in PHP, .Net, JavaScript technologies are a bit different. If you are offered or want to hire developers in Tallinn, look at the following statistics displayed on the graph below.

Check the comparison of the salaries below:

It has to be noted that the rates vary and depend on many factors: the city, the level of a programmer, skills they possess. For example, Tallinn web developer with skills in .NET  technology earns approximately $1,500/month.

In any case, there are good reasons to consider hiring developers from Ukraine and from Ukrainian companies as the trend is that it will be very hard to recruit web developers in 2017. Main reason is that most UA companies offer to hire the already formed in-house team of developers of any level. Moreover, Ukraine has over 90,000 IT professionals and Ukrainian companies have direct access to this largest dev community in Europe. 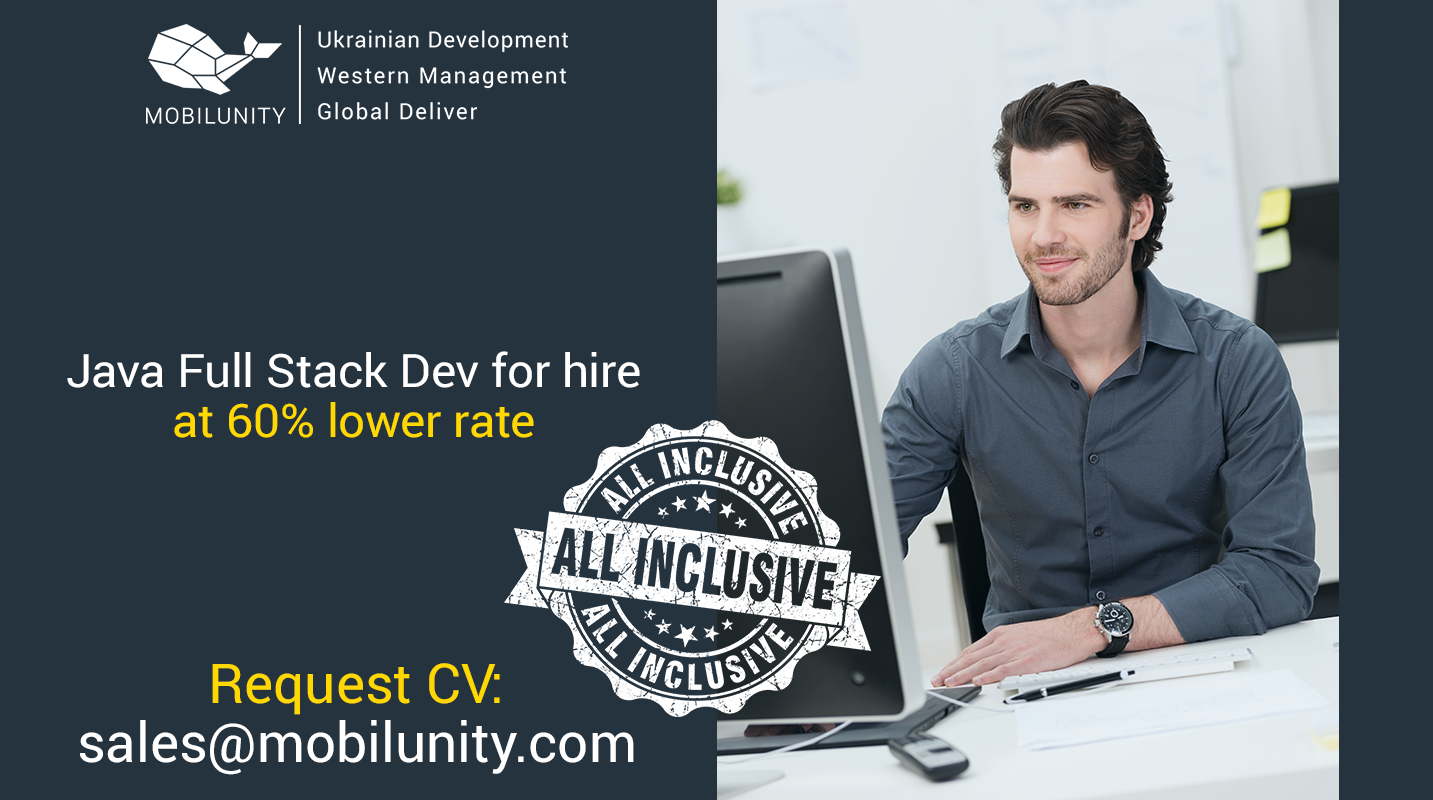 IT Outsourcing & IT Staffing with Mobilunity

You can hire developers with our help in two ways:

2) IT nearshoring and offshoring.

These services have different meanings and intentions, so they should be explained.

IT outsourcing is a one-time solution, which is useful if you need to develop a temporary project. Still, if you need to extend your company with a whole development team, then your best solution will be to use offshoring services.

Being a provider of outsourcing and offshoring services to businesses worldwide, Mobilunity can easily help with any team extension providing developers and programmers of any level for hire.

Here are top benefits of hiring developers with us:

Hiring Dedicated Development Team in Estonia or in Ukraine

It is rather obvious that hiring Tallinn dedicated team is cheaper than cooperation with developers from Ukraine, but even if you want to hire developers in Estonia, consider all pros and cons wisely. Never risk your money, as well as the quality of the work that you want to get. We can assure that experts from Ukraine who are well-known worldwide for their IT potential and talents won’t let you pay twice!

Hire developers in Estonia or contact us right now in order to receive your best solution!

FAQ on MVP Development for Startups

How to Hire Qlik Developer and Achieve Success in Your Business