Web development is growing by quantum leaps, and if you ask any software developer with solid working experience, what language they used to use to work on projects, they will name JavaScript firstly. But there is also a great alternative to JavaScript language rapidly gaining popularity over last years, and it is TypeScript. While the first version of TypeScript was released five years ago only, the newest TypeScript 3.0.1 was launched two weeks ago, offering new promising features, slight improvements, and presenting a new mode for TypeScript, the — build flag, that will make TypeScript even faster. But there’s more, TypeScript has a lot of useful features and undoubtful advantages that makes developers turn to TypeScript. A small note: last year full stack JavaScript developer salary was twice less than the same developer with TypeScript knowledge. Want to know what are the values and context of TypeScript? Take a look at this article to know more about TypeScript developers, projects TypeScript can be applied to, and how this language can be useful for your own project.

TypeScript Developers: Why Do They Choose TypeScript?

It is generally believed that TypeScript gets type safety to the most dynamic and flexible programming language, JavaScript, and this description says a lot. As was mentioned, TypeScript was presented not long ago, there have been five years only since Microsoft announced this language that developer community can use for free.

TypeScript is known as a superset of JavaScript, compatible with the original language, supporting its initial features and topping them with additional prompts such as an easy work on the largest codebases, static checking, code refactoring, optional static typing disciplines, interfaces, abstract classes, autocompletion on any web browser/host/OS. No wonder that this language is gaining popularity due to its simplicity and functionality.

For example, a repository for TypeScript type definitions called DefinitelyTyped, reached 4,600 contributors for over 3,600 packages last year. Also, TypeScript was chosen as #4 Most Loved programming language in StackOverflow’s  survey, overtaking JavaScript in three points. Depending on the percentage of developers interested in trying and using TypeScript over the years, the graph of TypeScript growing popularity was made by Stack Overflow’s Kaitlin Pike being at OSCON in Austin.

As you can see, TypeScript widespread usage started growing after 2016, when Mircosoft released a new version of the language that included a bunch of useful features and the possibilities to combine TypeScript with other frameworks. An average TypeScript developer salary is increasing in the direct proportion to the popularity of this programming language. Nowadays, TypeScript got even more useful features and implementations, keeping leading positions among programming languages. Don’t be surprised to see UI developer with TypeScript resume: this language is used for numbers of projects nowadays.

JavaScript can be considered as the programming language that built the modern web. It is appreciated because it is fast, simple, and easy to learn. But the web development doesn’t stand still and what was fast and simple in the past, now has a much faster and simpler competitor that turns JavaScript pitfalls in its own advantages, and that’s what TypeScript is doing.

Using JavaScript, it is easy to lose a structure and order when working on a project. On the other hand, TypeScript offers the same dynamic approach that JavaScript has, but also allows to keep the structure through a type checking function. Probably, TypeScript converts to JavaScript when dynamics are needed, and corrects JavaScript when the order is needed.

So, what is the main difference between TypeScript and JavaScript programming languages? Basically, TypeScript provides more control over our code due to the additional features, not available in JavaScript. This way, any code written in JavaScript works normally in TypeScript, but not vice versa.

Talking about TypeScript vs JavaScript, it is easier to arrange all the pros and cons in one table for clarity.

Typescript and Angular: Compatibility of the Latest Versions

Everyone knows that Angular is a JavaScript-based platform for developing mobile and desktop web applications, created by Google and, thus, supporting all Google services. Angular 8 is announced to be released in April/May 2019, yet Angular 7 presented in October last year, is widely used for creating web apps and interfaces.

Taking into consideration TypeScript and Angular combination, though Angular is JavaScript framework, its language is TypeScript.

With the latest versions launched, TypeScript and Angular became even more convenient to use together, because Angular supports modules in TypeScript to make the code concise and HTML components with TypeScript code for some imperative parts. Moreover, the typed nature of TypeScript helps developers to find out about errors during the code writing procedure and fix them instead of figuring them out at runtime only.

When to Use TypeScript Instead of JavaScript

There are many situations when TypeScript will work better than JavaScript for developing a project. Usually, TypeScript is used to work fine in multiple browsers, building large applications, and typing usage. Take a look at the list of cases where you should probably use the superset of JavaScript, TypeScript:

There are a lot of frameworks used in software development used in combination with programming languages and TypeScript is not an exception. For full stack developer ReactJS, NodeJS and TypeScript can be combined easily and efficiently. Taking into consideration AngularJS and .net as other popular frameworks, it is worth noting that TypeScript is compatible with them as well. So many possible applications of TypeScript for your needs, indeed! 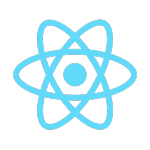 What is beneficial in using TypeScript with React.js, a Javascript UI library created by Facebook, is that the compiler of the developed application validates all properties provided to a component and their types. This way, there’s no need to spend time for runtime validation, as if using JavaScript.

TypeScript NodeJS combination allows determining complex types of variables as interfaces that are not available in JavaScript and see their data-types immediately. Also, TypeScript doesn’t require to use a prototype function to define a display_name option. Taking into consideration a massive module ecosystem of Node.js, it is worth using TypeScript NodeJS pair to access and use if quickly and properly. 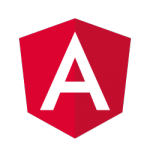 Angular 2, or Angular.js went further and named TypeScript as the default programming language for creating applications with this framework. Angular developers decided to use AngularJS TypeScript combination instead of staying with JavaScript because of the extremely useful type annotation and type checking features of TypeScript. Moreover, classed, interfaces, and decorators offered by TypeScript are also used by Angular as core components of the applications.

Actually, TypeScript is not widely used with .net framework, but there are some important moments when TypeScript can become in hand indeed. For example, if you need to structure your client’s code, if you use the same Web APIs or codebase in many applications and multiple browsers, if Web APIs logic is lengthy and complicated, it is worth using TypeScript to make the developing process easier.

If you take a look at the most recent income rates of JavaScript, front-end, full stack developer ReactJS, NodeJS and TypeScript experience of, you may notice a significant difference between the salaries paid in the US and Switzerland and other countries. Here are TypeScript developer salary rates in different countries to compare:

As you can see, Ukrainian developers are paid the least, though they are known as one of the best developers all over the globe due to their knowledge and creativity in creating and maintaining different projects. Of course, it is more beneficial to hire an experienced freelance TypeScript developer from Ukraine, if you want to get great quality for the affordable money. You should probably consider this option if you are planning to hire TypeScript specialists soon. 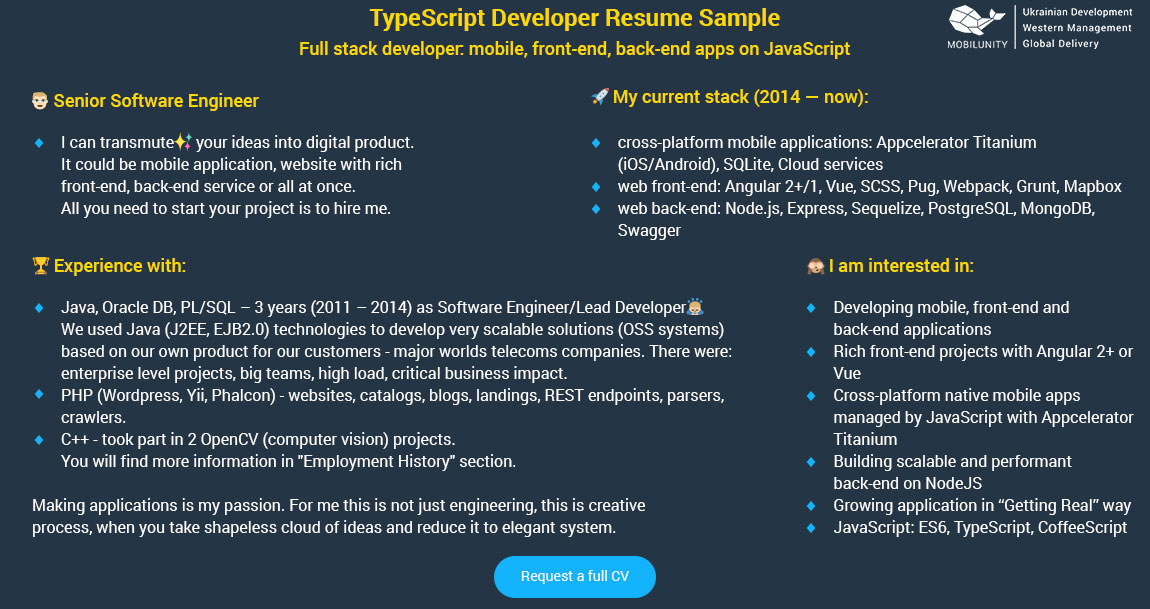 If you are already thinking about hiring TypeScript developers based in Ukraine, there’s no need to look far. Our dedicated team of TypeScript specialists is eager to help you with your project, no matter if the work should be started from the basics or you need a professional assistance on the current stage of development. Working with TypeScript since 2014, we can gladly show your our successful projects and discuss all details regarding your personal one.

Want to hire reliable TypeScript developers? At Mobilunity, we are here to help you!

What Does It Cost to Hire Developers in Ireland?

Things You Should Know About Website Development Cost Estimation