Image recognition market has expanded very fast during the past few years. According to the Grand View Research predictions, the total market size of image processing is expected to reach $77.69 billion by 2025. The growth during the period 2017 to 2025 is expected to remain about 19.2% CAGR. Owing to this huge growth, the demand for the image processing software development is increasing consistently in the marketplace. 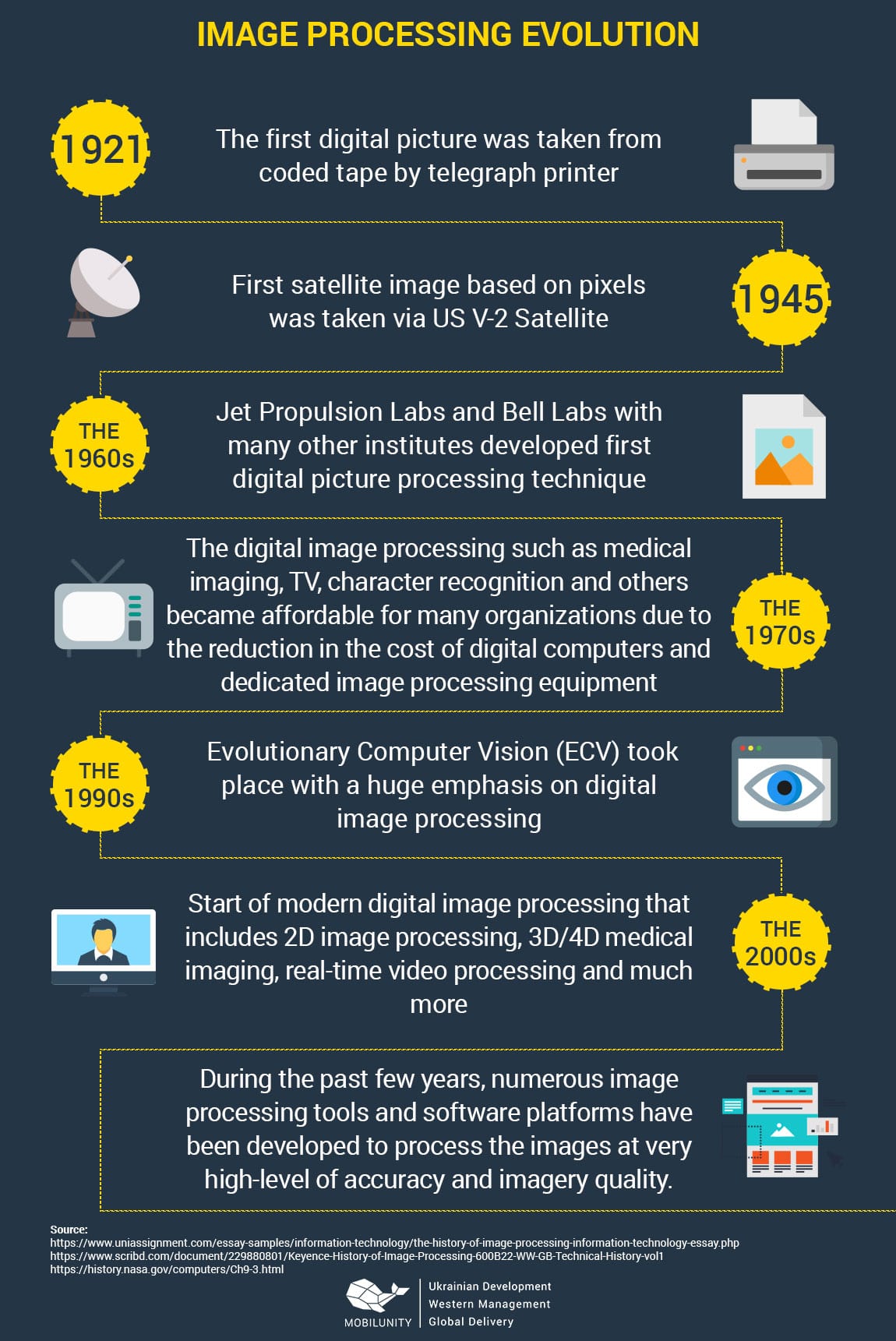 During the past few years, numerous image processing tools and software platforms have been developed to process the images at very high-level of accuracy and imagery quality.

According to the Orbis Research market forecast, the total market size of image processing software is expected to reach $1.03 billion by 2023 with an estimated growth of 6.8% CAGR during the period of 2017 to 2023. The global market size of medical image processing is expected to cross the $4.51 billion by 2024, according to the Grand View Research report.

The major image processing software applications are mentioned below.

Adobe Photoshop is one of the top image editing applications extensively used in many industries. It has numerous features and capabilities like a large number of design tools, compatibility with both the web and mobile, plenty of libraries and much more. 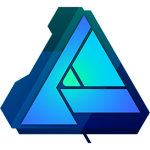 Affinity Serif is another popular image editing software in the marketplace. It was created in 2015, but within a short span of time, it has become very popular in many industries due to its wide range of features and capabilities. The main features include the advanced user interface, support for over 15 file types, easy to work, and many others. 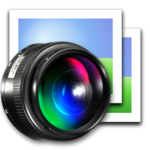 Corel Paintshop Pro is a powerful image editing software with the capabilities of artistic flair editing. The main features of Corel Paintshop Pro include raw image processing, highly featured art media brushes, support for automatic and manual editing, and many other functions. 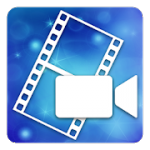 The CyberLink PhotDirector is a comprehensive photo and video editing solution. It offers numerous features, such as artistic editing, streamlines editing workflow, numerous creative functions, and much more. It is suitable for travel, landscape, family, and portrait photography. It possesses many easy to use functions and features. 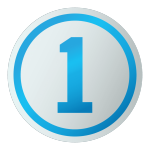 The CaptureOne is a powerful digital image processing and analysis software tool, which can process the raw images taken from numerous digital cameras in multiple formats. The main features & capabilities of this software application include image cataloging, tethered photography, image editing, and raw image processing. It is very easy to work with this software.

What Is Image Processing Algorithm?

A few more steps related to image presentation and attributes, which are also the part of image processing, are listed below: 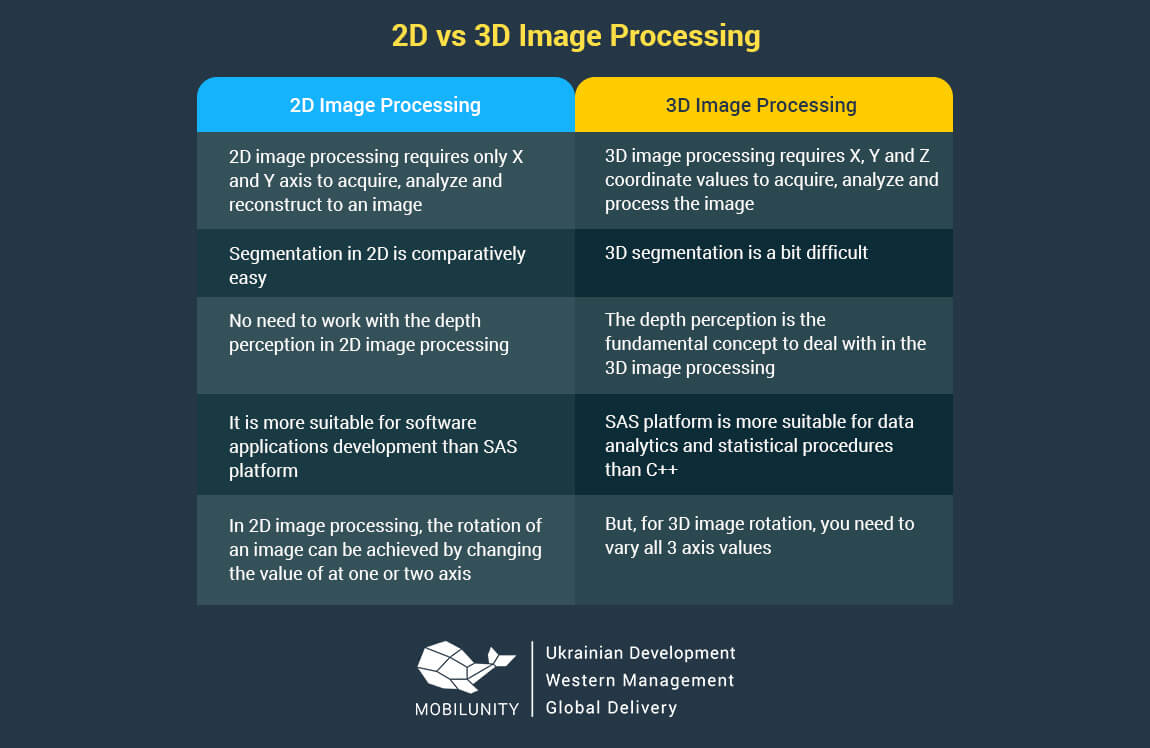 What Are the Responsibilities of Image Processing Developers?

Let’s generalize the major responsibilities of an image processing developer:

A large range of computer vision and image processing (CVIP) technologies are emerging in the marketplace. Five most demanding technologies and programming languages are mentioned below:

OpenCV is an open source platform, which consists of a large number of computer vision and image processing library functions. This platform is free for both commercial and academic use. The OpenCV library offers an interface for Java, C++, and Python. It is compatible with numerous OS systems like Windows, Linux, Android, iOS, and others. It is powered by a large community of over 47 thousand people.

Python is a powerful scripting language that works well with the OpenCV open source library for image processing. It is a high-level and general purpose language extensively used for machine learning, computer vision, image processing, and many other software programs. A large and robust standard library is one of the major capabilities of this language. Python language is comparatively easy to learn and work with.

Digital image processing is used in numerous industries. A few of them are mentioned below:

Physical border surveillance and security is another important field in which digital image processing is extensively used to safeguard the physical boundaries. Numerous security systems are being deployed not only on the country borders but also on the boundaries of important security installations and other places of critical importance.

A smartphone is a very basic need for everybody nowadays. The security of mobile devices, code scanning, eCommerce activities, online payments and many other similar types of activities use digital image processing capabilities. A mobile is not limited to just a communication device now. It has become an entertainment tool as well; so numerous video and gaming apps are installed on those devices, which use the digital image processing in their functionalities.

The company offers highly skilled and experienced image processing developers at very competitive and fixed prices without any hidden charges at all. Mobilunity is a Ukraine based company, which specializes in the dedicated software development services to create great value for the customers.

If you are looking for the dedicated digital image processing developers, we can help you!

How to Hire Python Developer Without a Headache and Problems

Why Software Development Ukraine Provides Is the Best