Home /  Blog / We Do /  Software Development in UK: Finding the Best Company

The total revenue of the UK software development industry stands at about £29 billion or ($38.64 billion) in 2017-18, as per the research report by IBIS World. According to the report, the industry grew at a whopping 10.1% annual growth during the past five years. The majority of the business software UK development is focused on banking, finance, IT, Telecom and consulting services.

The custom English software development mainly focuses on the custom products and platforms of big multinational software design companies in UK, such as Accenture, Capgimini, Cognizant, Cisco, IBM, SoftCat, Infosys, Google and other such big companies operating from the UK for the European region operations.

According to the Tech Nation UK Growth Report information, the digital economy of the UK is growing more than 2.6 times faster than the overall economy of the country. The total size of the digital economy stands at about £184 billion in 2019. According to the survey, London is the second most connected cities after Silicon Valley in the world. Opening a software development company in London or any other part of the UK is a dream comes true for the entrepreneurs nowadays.

The total market value of application development is expected to cross £31 billion in the UK by 2025, as found out in the UPBEAT research report. According to the research report, the application development will require as many as 380,000 developers in more than 8,000 companies directly working in the app development field. The cost of developing software will also increase as the salaries of the software developers are anticipated to increase substantially by 2025.

This huge demand of developers is not possible through local talent; the companies will have to search for other options like remote hiring, offshore hiring, nearshore hiring from nearby countries like Ukraine and other Eastern European countries where the highly skilled and qualified developers are available in sizable numbers.

According to the Dice survey report as cited above, London houses the most software developers in the country as compared to other cities. According to the Telegraph News Report, more than 72% of the jobs advertised in the UK are based in London. The majority of the multinational companies are based in London; so they hire developers in large number.

According to the Glassdoor research report, the best place for the developers to work is Slough followed by Manchester and Cambridge. This list covers many factors related to both the personal and professional life. The demand of web developer Vs software developer varies in these cities. The web developer is less demanded in multinational companies, but it is in high demand for small businesses and startup companies.

Let’s have a look at the top cities where the demand of the software developers is high.

Only the startup companies attracted over $682 million venture capital financing in just one quarter of 2015, as per the report published in Telegraph News. This creates thousands of software development jobs with the highest average salaries as compared to other cities on a regular basis.

Manchester appears at the second position in the Glassdoor survey report 2017 in terms of the popular city for technical jobs. This city offered over 41,555 thousand technical jobs majority of them in the IT domain. The median base salary of a developer in this city is about £39,136 per annum.

The city of Leeds creates more than 41 tech jobs. It is one of the most popular cities in the UK for the high tech companies to operate their businesses. The median base salary of a technology person is about £34,000 per annum.

Why to Hire Ukrainian Developers for Software Development in UK?

The software development cost in the United Kingdom is very high as compared to many other countries of Eastern Europe like Ukraine, Russia, and others. The hiring of Ukrainian developers remotely for the software development projects in Europe and North America has become an attractive hiring option for the entrepreneurs. According to the STATISTA information, the total market value of outsourcing industry stood at about $88.9 billion globally.

There are many reasons for hiring the Ukrainian software developers dedicatedly for the software development projects across the globe. The main reasons are mentioned below:

More than 35% of the total Ukrainian graduates achieve their degrees in information technology, especially in the software development and design domain. This makes a strong pool of IT experts in Ukraine. There were more than 100 thousand developers in the country in 2017. The outsourcing client can get the most matching skill set for his/her project in the Ukraine.

Ukraine is located at ideal geographical location for many countries in the Europe, North America, Africa and even Asia Pacific region. For the European countries, it is just a few hours’ flight or even drive from the nearby countries to have a face to face meeting with the developer team. The sufficient working hours overlap in the Asia Pacific, North America and African countries with the Ukrainian working hours. So, it is very suitable for the companies from all over the world to establish more effective communication with their respective teams easily.

#4 High of Quality of Development Services

Ukraine shares the common European culture inspired by the concept of the global village that makes the people of the country so adaptive and cooperative with the people from any part of the world. They speak English, which makes them acceptable for the communication with the clients from all over the world. The flexibility and professional attitude of Ukrainian developers make the best in the region for the successful completion of the development projects.

The United Kingdom is a developed country where the cost of a software developer is very high as compared to the Ukrainian developer. 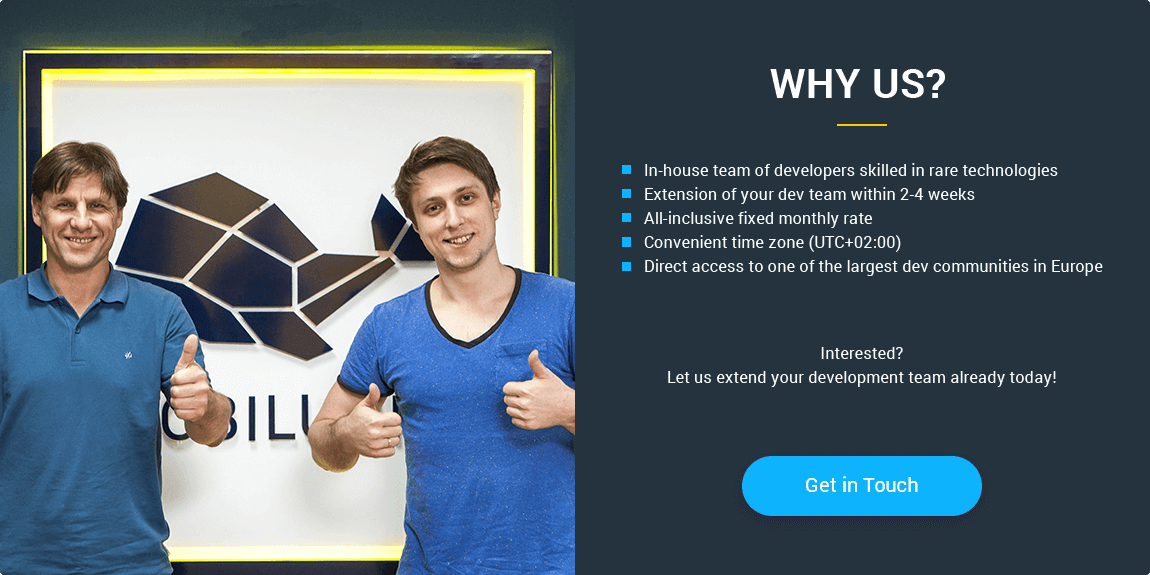 After having compared the market demand, living cost, development cost, quality and skills of professional software developers in the United Kingdom and Ukraine, we come to the conclusion that the cost of software development with Mobilunity in Ukraine is much more cost efficient than in-house development in the UK.

Located in the UK and don’t know where to find custom software development company in the UK? Here we are to help!

How to Add Alipay to WooCommerce

VueJs vs Angular: Best JavaScript Framework for Your Project