Home /  Blog / We Do /  How Often & What Spheres the OpenCV and Android Are Used?

How Often & What Spheres the OpenCV and Android Are Used?

According to the Statista information, the total number of Android applications on Google Play was over 3.5 million by December 2017. A substantial number of applications are related to face recognition, biometric, android eye detection, puzzle solutions and many others, which are directly and indirectly related to the use of the OpenCV С++ face detection function library.

In the Android development platform, the libraries from the OpenCV are imported very often for different purposes and functions in the Android image detection application development. These functions of the library include numerous image processing functions, video processing functions and other algorithms associated with the item identification capabilities. For that task you need to hire OpenCV Android team with qualified and skilled employees.

Any Android application for face recognition using OpenCV android programming platform commonly uses an interface between the Android camera and the source code of the application to detect the desired biometric marks with the help of numerous algorithms and functions imported from OpenCV library.

The main spheres of Android applications where the Android face recognition OpenCV developers are commonly used include the following domains: 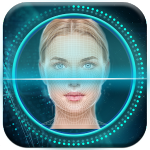 This is an entertainment Android application developed by the professional Android face recognition OpenCV developers for tricking your friends. The main features of this application are listed below:

This is an intelligent video player application, which intelligently tracks your face and eyes and plays the video as long as you look at the screen to watch the video. As you look away from the screen, the video stops. The main features of this application developed by the team of great OpenCV face recognition programmers include: 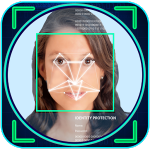 This is a perfect application developed by YIIIS OpenCV face recognition Android developers for securing your mobile from unknown access. The mobile screen locks and unlocks with your face facing the front-end camera of your android mobile phone. The main features of this application are given below: 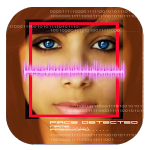 The biometric face detector application is designed for the personality detection with the help of the contour of your face. It is a fun application in which any face is scanned and mapped with the features that are associated with certain personality traits. The main features of this application are listed below. 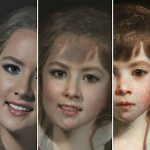 A great application used by more than 500,000 users. It can morph any face with multiple options, such as animals, shades, designs and many others. The main features of this application are given below.

Top 5 Steps to Create an OpenCV and Android Project

Choose which of these two methods – Java or Native/C++ – you want to use for android OpenCV development? We choose Native/C++ part of our android development here, for instance.

There are many sample projects that can be called for the native development through a simple procedure. For more details of importing sample projects refer this tutorial.

This step involves the creation of a new project in Eclipse IDE through a stepwise procedure as given here in this official OpenCV website.

The fifth major step is to create a blank android activity. This is done in the Eclipse IDE and the use of associated plugins to take further steps.

You have to take many other steps to create an OpenCV for android project, which can be learned in details on the official website documents.

What Are Most Popular Motion Detection Features in 2017-2020?

The advanced software applications that use other sensing devices, which are integrated with the backend software through the processing machines, use the combination of two or more than two technologies. For example, the duel technologies implemented in one system reduce the false alarms and increases the reliability.

Present Demand and Future Prospects of OpenCV and Android Developers

The Biometric Technology Today Magazine research published on the SchienceDirect website predicts that only face recognition application market to cross $2.19 billion by 2019. Meanwhile, the Young Story website information, android Smartphone global market share is about 84.7% of the total global market. The global market of Smartphone is increasing at more than 13% per annum. Similarly, there is steep growth in the android market apps. The mobile apps are expected to generate as much as $189 billion by 2020, as per the Statista forecasts.

According to the latest figures on IT JOBS WATCH website, there is a regular increase in the job posting of permanent jobs for OpenCV developers in the market for last two years. The increase to hire OpenCV Android engineer is also anticipated to remain for many coming years in the domain of security systems and access control systems in the industry.

Contact us now for providing the highly skilled and qualified OpenCV Android developers for your face recognition and other artificial intelligent AI projects at very market competitive rates!

How Much Does It Cost to Hire LESS Developer in Ukraine?

Why Your Company Needs to Hire Full Stack Java Developer

What Benefits Can You Get from Hiring a Clarion Developer